By God’s Will Obinna Ejianya 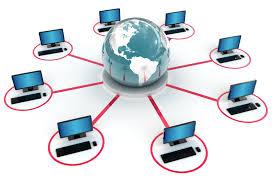 The history of networking began with the human history because humans are social in nature. Humans have high tendency of seeking to connect with others either for exchange of goods and services or to exchange information – communication.

Over time the conventional way of exchanging communication between person to person or organization to organization has evolved immensely with more sophistication, speed and convenience.

This is as a result of the continuous inventions and improvement on Information networking Technology.

The tradition of people connecting with each other in family and community levels has existed since beginning of human existence. People always have need to connect with other people either for the purpose of passing information or for the purpose of selling information or commodities. Before the computer technology age, connecting with other people for any purpose has been limited to geographical distance since communication and connections were only done face to face. 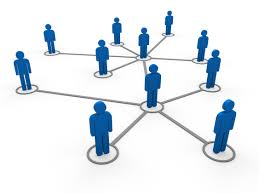 Nowadays , computer technology has made connecting with other people and organizations more easier and faster. In fact, computer technology has evolved seriously over time and connecting with other people for social, commercial or any other reasons has been more diversified, dynamic, sophisticated and even faster. The problem and barriers of distance and location has been solved through Computer Network Technology. Computer network technology has immensely and positively changed the way we live. Our daily lives and activities have to involve the use of computer network technology in one way or the other. In fact we are almost dependent on the computer in every aspects of our lives including the way we do business, the way we interact and communicate with other people, health related services, transport systems, education systems, socializing and other aspects of our daily living.

Computer network system has been the basic platform or means through which we can be able to connect and communicate with other people and organizations in distant places in contrast to the old way of communicating through letter writing delivered by physical post office couriers, wired telephone calls or face to face communication which without the computer network technology can be very difficult, slow and expensive to facilitate. 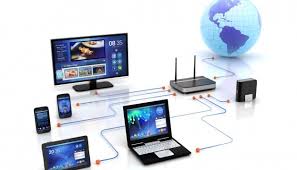 Computer is any programmed digital or electronic device that can be used to make calculations, take data input, process it and produce output of meaningful data or information. This includes mobile phones, calculators, ATM machines, laptops, desktop computers, PDA .. etc. A computer consists of hardware and software programs.

Network Technology is the use of computer devices and media to connect with other people, organizations or even other computers for the purpose of communication, business transactions, data storage, exchange of information and data, resource sharing, socializing.. etc.

Therefore, Computer Network Technology is a system of computers that are inter – connected using switches, routers and a channel or media for the purpose of communication, business transactions, data storage, exchange of information and data, resource sharing, socializing.. etc.

The Logical Topology of a network is the frame work of data flow within a network while Physical Topology lay out and arrangement of the computers and the connecting switches and intermediary devices that make up a network in designated locations within the network range. The computers, devices and the intermediary devices are also known as nodes. Example: computers, switches, hubs, printers etc.

There are different types of Physical and Logical Topology that a LAN network can be arranged. The physical connectivity of the computers, devices and inter-connection devices like switches and hubs can be arranged to appear in different shapes and locations and in this manner the topology of the network can be classified as the pattern of arrangement appears.

Computer Network can be in many types depending on the choice of network builder considering the following:

A Local Area Network (LAN) is a group of computer end devices that are connected together through and sharing information and data within an organization. The LAN network is usually managed by the same organization and data sharing goes within the network. The LAN network is usually within the same geographical location since they are connected together through switches or bus, so it must be within a close range and they share the same server. 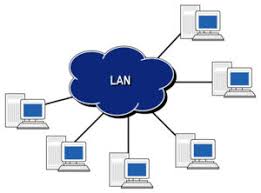 The Inter-network or Internet is the connection of different LANs and WANs together through the media of networks which pass through intermediary devices like routers to connect to other networks. The Internet uses a data line connection on the physical media provided by the Internet Service Providers (ISP). 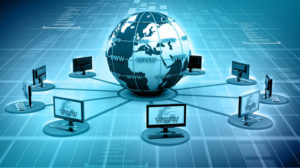 We will now talk about the intrinsic technology behind the Computer Network Technology, the way they process instruction, application or data input and transport it to the end device or destination user or network through specified medium of connection.

What are the components of the Computer Network Technology?

users. Example is when a user sends an Instant Message or Email to another device, node or

network, the software and application services are invoked to carry out the processes required

to enable the target host receive the data in the form the user expected.

so that the essence of communication can be mutually understandable and meaningful. Without

proper rules, communication can be confusing and meaningless. In this regard, Computer

communication should be established effectively and meaningfully between computers and

networks. These protocols are embedded in the network devices by the manufacturers of the

devices following the organized rules to allow the device to communicate on a network.

the network interface of the device. Few examples of what the Protocols perform during

To explain the system of Computer Network Technology we have to use the engineering model of the Transmission Control Protocol (TCP) / Inter-network Protocol (IP) models and the referencing Open Source Interconnection (OSI) Model which are models use to explain the processes that the computer pass through in order to connect with other computer to achieve effective communication and transfer of data.

In the computer networking technology, IT engineers use layered models to describe the complex process of network communication. There are protocols which can perform specific functions in the network system and these protocols are grouped as a well defined layers for the specific function.

The concept of Layered Models have some benefits that makes it very acceptable among the IT industry.

Benefits of the Layered Models concept

Protocol Models are the set of protocol suites that are in a specific layer and perform specific rule or protocol in the network system. TCP/IP model is a protocol model that outlines the function of each layer of the model in the protocol suite. Example of the TCP is the User Datagram Protocol (UDP) used for video streaming and Voice over Internet (VoIP) and the IP addressing of the Network layer uses HTTP for web page content loading from the host server.

The TCP/IP Model describes the Four Communication Protocol Functions of the Network Technology which are : Application, Transport, Internet and Network Access. The TCP/IP protocol ensures end to end delivery of transmitted data. It has connection and connectionless protols. The rules and and implementations of the TCP/IP Model were collectively developed by members of the Network and Inter-network industry using the Request for Comments (RFC) document which means that the documents can be accessed publicly. The RFC document standards and approval are maintained by the Internet Engineering Task Force (IETF). 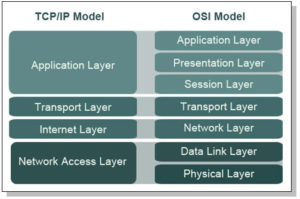 The TCP/IP Model protocol functions are implemented at both the sending and receiving ends to ensure the end to end transmission and receiving of data within the network and inter-networks.

The Open Systems Interconnection (OSI) Model has seven layers which also can be referred to by number of the layer position. The Seven layers of the OSI Model in descending order are: Application, Presentation, Session, Transport, Network, Data-Link and Physical.

Unlike the TCP/IP Model, the OSI Model was developed by the International Organization for Standardization (ISO) as a model to provide a road map for further non proprietary developments in the Networking Technology. The OSI Model is a basic reference for networking professionals.

The Processes and Services within the OSI Model layers.

In order to ensure successful and effective communication across the network, these conditions must be made known and true: A user sends message to a well addressed destination, the receiver has positioned a way to receive messages which are connected to the sender, message is controlled and passes through the defined media or channel to the destination and message is presented to the receiver in a well understandable way and safely. These conditions are the most important aspects of network system. Without proper addressing of end devices, data delivery will not be achieved and data will be lost in transmission.

Data addressing services and protocols take place in three different layers of the OSI Model. These layers are the Transport, Network and the Data-link layers. There are two types of addressing protocols that take place in the OSI Model: Logical Addressing System and Physical Addressing System. The Logical Addressing happens in the Transport and Network layer where address of the destination node or network is added at the PDU of the data. This address is then used by the PDU at the layers of the destination node or network. The Logical Address is usually the IP address of the end network or inter-network. Example of the IP addressing system is the Ipv4.

The Physical Addressing System happens also from the Transport layer where addressing is added to the PDU of the data segment and the address sorting done at the Data-Link layer to sort the physical address of the end nodes or devices in the network. The Physical address is the MAC (Media Access Control) address which is embedded at the Network Interface Card (NIC) of the devices in the network or inter-network. The NIC has MAC address placed on it by the manufacturers and devices are addressed by the MAC. The Physical addressing is mostly effective in a LAN Ethernet network or inter-network.

Computer Network Technology has really evolved over time and the speed at which it keeps changing and improving has really changed our world forever. Communication and connection with other people has been made more easier, faster and absolutely convenient. We can no more imagine a world without the Computer Network Technology because our social, health, political, business and many areas of our lives are dependent on the network technology.