The early days of online presence of corporate bodies, governments and schools via static websites whereby the company displays texts and images to the visitors of the website, have been speedily replaced by a new era of second generation web platform popularly known as Web 2.0. The Web 2.0 platform allows a two way interaction, collaboration and information and data sharing among web programmers, developers, organizations, individuals users, peers-to-peer users and any body that visits the platform. This new trend of web technology has evolved rapidly and increasingly adding more interesting applications almost on daily basis. The evolution of Web 2.0 technology has made it so alluring and hard for any body or organizations to resist. In fact, most organizations have quickly adopted these web 2.0 technologies to enhance their business and marketing activities.

Web 2.0 is a resounding name and sometimes tech savvies may be wondering what web 2.0 really stands for, even though they may be using it right then while asking the question. Therefore, this report will shed the light into what web 2.0 really means and why its name, functions and characteristics are a must have in the informatics world.

Web 2.0 is simply a coined name given to web sites with applications that are rich in contents and accord the users the ability to contribute to what they see on the browsers while the applications are running. Web 2.0 websites and applications allow a two way, interaction, contribution and collaboration between the web developers and the users whereby the web developers include applications that enable users not only to browse the web and view what was displayed to them, but also to contribute to what the web developers can also read and see, as well as other users. Users can be able to upload, add and share information and data among other users. The word web 2.0 was first made public by Tim O Reilly, the CEO of O’ Reilly Media Inc. Tim O’ Reilly is considered as one of the world’s best publisher in Computer Technology books. In 2004 Tim O’ Reilly hosted a Web 2.0 conference, and during the conference, he talked about the new second generation World Wide Web technology trends and their emerging influence on the new platform of the World Wide Web (W3). O’ Reilly therefore described this new platform of the W3 as the Web 2.0 differentiating it from the old semantic web, web 1.0 which only allows a one way use of the web. Ever since then people have addressed this new web platform as web 2.0 evolution of W3. 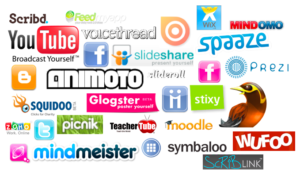 Web 2. 0 has a number of developed applications which can be grouped under some categories of technologies. These include: Wikis, Blogs, Social Networking and Content Hosting Services.

Nowadays, people use blog to share their daily lives as a diary and also write on social and political issues affecting their lives or society where they live in. Organizations also now have their own blogs where they write on issues about their company and their customers can also comment on those issues and get responses. Example of blog website http://sundayobinnaejianya.blogspot.sg/

One of the companies that have embraced the Web 2.0 dynamic tools and technologies and using the tools to reach their customers and partners in business is Singapore Airlines (SIA) – www.singaporeair.com.

Singapore Airline, a Five Star airline is the National Brand Airline of Singapore with a company slogan: “ A great way to fly”.

As at 2013 Singapore Airline operates with 105 aircraft fleet among which are Airbus A330, Airbus A340, Airbus A380, and Boeing 777. In order to maintain the standard of their services, Singapore Airlines has a strong management and maintenance policy of keeping their aircraft fleets always in excellent condition and it adds new fleets frequently to replace older fleets that do not meet up with their standard.

Singapore Airline measures as one of the best Airlines in the world and as the major Airline in Singapore, it has 62 numerous routes within Asia and other continents of the world. All the routes will have to transit at Changi International Airport which is the hub of SIA. Singapore Airlines has a net worth of about 14 billion US dollars, and a total of 14,156 employees between 2012 and 2013 fiscal years. As a result of it’s enormous success in the Air Transport business, SIA was rated as world’s second largest Airlines in terms of market capitalization by the International Air Transport Association (IATA).

The reputation and steady growth of the Airline has been attributed to the efficient management policies, and also following the evolution of the Informatics, the SIA management has also involved the use of Multimedia technologies to increase their productivity and hence rapid growth. SIA uses Web 2.0 technologies like blogs to allow their cabin crew to communicate with each other and share their views and work experiences. Customers and other visitors are allowed to leave comments and feed backs on any information they want to make known to the airline management.

19 thoughts on “Introduction to Web 2.0 by Obinna Ejianya”